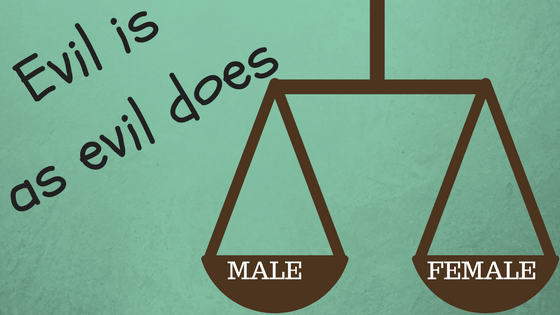 Sometime last year between waiting for my first copies of Persona Non Grata and beginning writing its sequel, Day of Reckoning, I was listening to the radio and heard a news clip about a young mother and former Mrs. Orange County who’d been arrested for producing and distributing child pornography involving a relative. Had I been staring at a television screen instead of driving on the freeway, I’d have done a double-take at the TV, believing neither my ears nor my eyes. How on earth could a woman be involved in producing and distributing child porn? Unheard of and about as unlikely as a woman becoming a Special Forces sniper or a female quarterback in the NFL. But my ears weren’t deceiving me and the story, as improbable as it sounded, was true and every bit as disgusting had a man perpetrated it. Still, as revolting as it was, especially because the woman — Meghan Breanna Alt — was married with three young children and a member of The Church of Jesus Christ of Latter-Day Saints, it was even more disturbing when it was later reported that she had also been a volunteer at her church’s childcare facility, assisting with and monitoring young children there. Something was not right with this story, I thought. In fact, something stunk to high heaven! And the more I tried to put her and her actions out of my mind, the more she kept creeping into my thoughts, lingering in my subconscious. Voyeuristic TendenciesWhat was wrong with me, I wondered? Why was I allowing this sick, predatory woman to occupy my mind? 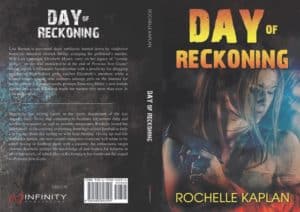 Why was I searching the internet for every story I could find on her? Was it simply because she was an ordinary woman who’d defied “conventional” female/motherly instincts and behavior? Or, was I a voyeur, clandestinely craving to read about another “everyday” person committing nefarious acts, so that I could incorporate them later into future stories? As its turns out, it was a combination of the two. A few weeks after first hearing about Alt, I figured it out: I decided a woman like her would be the perfect new character to introduce midway into the sequel! Desperate for a subplot in Day of Reckoning — hey, Lisa craved a unique, new nemesis to tangle with — I found myself creating a composite of her character, changing several things such as the location, her marital status and overall outcome. By incorporating Alt’s basic qualities into a fictional character, and then adding creatively distinctive attributes and idiosyncrasies to her already distressing story, I was able to weave her character seamlessly into the main plot. And, it worked beautifully!Equal Opportunity PurveyorNot that I wanted to introduce and highlight yet another perverted predator into one of my novels, but I think — subconsciously again — I wanted to be an equal opportunity purveyor. So far, all of my heretofore fictional murderous and/or overall heinous antagonists have been male. Clearly, men dominate the violent scales across all cultures and societies, and my novels reflect that. But I certainly didn’t want anyone to accuse me of being a male-basher!And, so, the character of Susan Santucci was created: a self-conscious, self-loathing, submissive people-pleaser who will do anything for her “man,” including procuring underage girls for him to be used in pornographic videos. Lisa, in her inimitable style, accidentally stumbles upon her in a “hook-up” chatroom while seeking male predators preying on youth. Even Lisa, who’s seen and heard just about everything evil, is shocked and disgusted by Susan’s actions. Indeed, she takes her on in a fast-paced cat-and-mouth game, always a step ahead of law enforcement, who are also pursuing the young ex-beauty queen.Revelations and PenanceI hadn’t planned on revealing anything about the sequel, except that two “breaking” news items 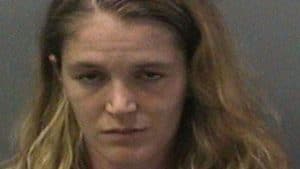 happened simultaneously last week: Day of Reckoning, I found out, should be available on Amazon very soon (Check back for updates on availability) and Alt pleaded guilty to possessing child pornography and lewd acts with a minor. Twenty-seven-year-old Meghan Breanna Alt, a former Mrs. Orange County, was sentenced to a mere three years’ probation and 300 days in county jail, according to the Orange County district attorney’s office. She also was ordered to perform 15 days of community service and must complete a Child Abuser’s Treatment Program. Not bad penance for the despicable crimes she committed against children, in my humble opinion. And, lest anyone think otherwise, I absolutely believe if she were a man, she’d have gotten the book thrown at her for many more years in state prison, not just county jail. Why do you suppose she got off so easily?Anyway, Alt’s ultimate punishment was not exactly the outcome I created for the fictional Susan in Day of Reckoning, but rest assured, Susan gets what’s coming to her and more. In the end, I have no more sympathy for evil females than I do for their male counterparts. To my way of thinking, your gender has no bearing on the severity of the punishment if the crimes are equally as heinous. So there: I am an equal opportunity purveyor of justice.

Rochelle Kaplan of San Clemente, Calif., is the author of three published novels, with Persona Non Grata being her third. Focused and motivated, she writes consistently every day, and has just completed her fourth novel and sequel to Persona Non Grata, titled Day of Reckoning, which will be available for purchase very soon.