Evil-ution and other thoughts on violence 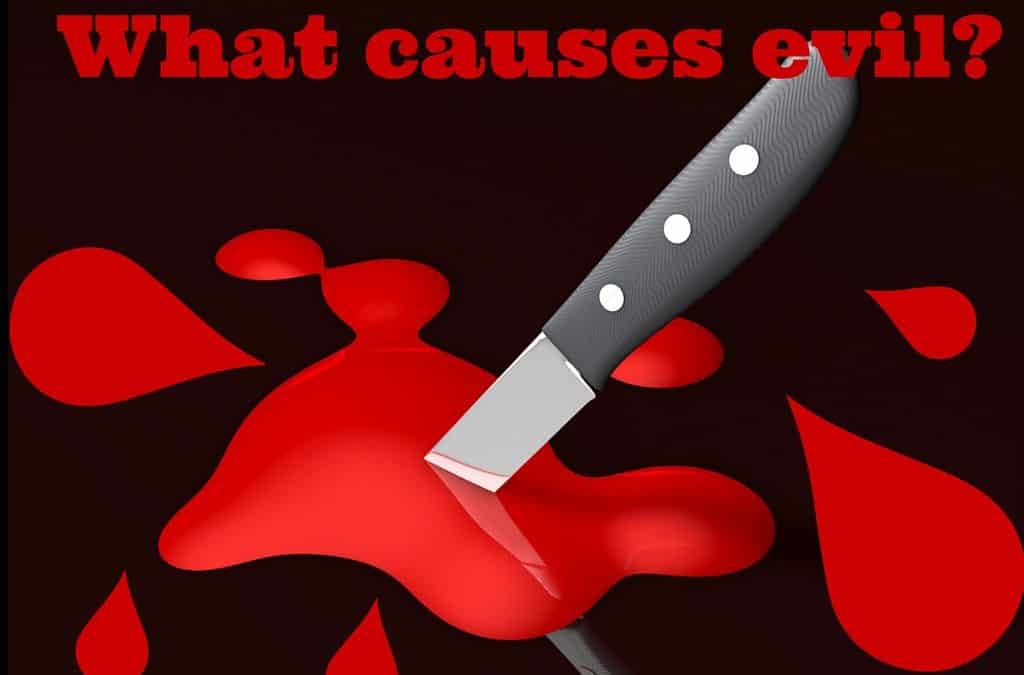 Never have I sat down to create fiction with the intention of writing happy, fun and lighthearted prose. Never. But don’t misunderstand me. I am not a morose person seeking to transmit my melancholy onto paper as a cathartic exercise, as if by doing so, I may release the demons in my mind and soul. Rather, I am a happy person by nature, searching for beauty and the divine in all things. I think most people are essentially good. Most.

Why then, am I a living contradiction? Attracted to writing about the absolute evil found in humankind and humanity’s propensity for violence?

Perhaps I, like others, want to understand the duality of human nature, to pinpoint the exact reason some people are evil. I want to make sense of the flawed human soul, to discover a tangible reason that would help explain evil.

There is a person I admire who’s spent his career studying evil and violence and who has come up with insightful musings on the two. Former Colorado Springs homicide detective, Lt. Joe Kenda — whose cases from decades ago are highlighted on the Investigation Discovery TV series, Homicide Hunter — spent 19 years as a homicide detective, solving 387 cases. At first, I was stunned there could be that many murders in Colorado Springs in less than 20 years. But after watching his series, I have come to understand the evil and violence that abounds in an average American city; one with just over a quarter of a million residents (at the time).

While one might think Kenda would become inured to crime in general and murder in particular, having witnessed the worst of the worst, he developed a particularly useful cynicism over the years to go along with his tenacity, to help him cope with evil. And as he aptly points out, some cases continue to haunt him to the present day. Not only murders involving children, but those involving people  he personally had known.

Kenda is known for his uniquely quirky quotes, which he liberally sprinkles throughout his shows to aid in “digestion” of the monstrous acts he portrays. My favorites are his closing quotes, which tie up loose ends while bringing more insight to each case. One really hit home because of its simplicity in explaining human violence:

“Humans are innately violent; we’ve been violent for millions of years. Mental illness is the pathway for our violent past to come forward. Humans are the most dangerous creatures on earth.”

So, if humans are fundamentally violent, and as Kenda theorizes, “the most dangerous creatures on earth,” is there any wonder I seek to understand it by writing about evil?

Evil fascinates as much as it repulses. Evil acts can be premeditated, but oftentimes are random and unpredictable. As such, one never knows if or when evil will strike. When news of a serial killer or spree killer floods the airwaves, many are straightaway ready to blame firearms for the evil acts. However, it’s more likely, as Kenda accurately points out, mental illness reared its ugly head, allowing our violent past an easy entry into the present. While we empathize with those affected by evil, we silently thank the grace of God we escaped it. Still, is evil lurking around the corner, ready to strike at any given moment?

Forensic psychiatrist Dr. Michael Stone, who also has a show on Investigation Discovery TV called , dedicated his medical practice to understanding the evil mind, particularly psychopathic murderers who take sadistic pleasure in torturing their victims. Creating a scale from 1 to 22 in assigning levels of evil to murderers and sexual sadists, he classified all of society’s infamous serial killers accordingly. Level 1: “Those who kill in self-defense and do not show psychopathic tendencies,” was benign compared to the extreme Level 22, which was reserved for, “Psychopathic, serial torture-murderers, with torture the primary motive.”

Dr. Stone ranked serial killer Jeffrey Dahmer a 22 on the scale, while scoring 17 for Ted Bundy, another serial killer. The notorious cult-leader and murder mastermind Charles Manson scored only a 15 by comparison, while child-killer Susan Smith was ranked at 10 (extremely egocentric, but not distinctly psychopathic).

My protagonist, Lisa Benton, would likely not have made any distinctions among those evil doers mentioned above, targeting all four of them if she could, considering it a gift to society. But as we all know, Lisa was (and is) a figment of my imagination, who saw (and sees) herself not as a vigilante, but as a necessary and integral part of society. A thoughtful and educated person, Lisa obviously took to heart a well-known quote from Albert Einstein: