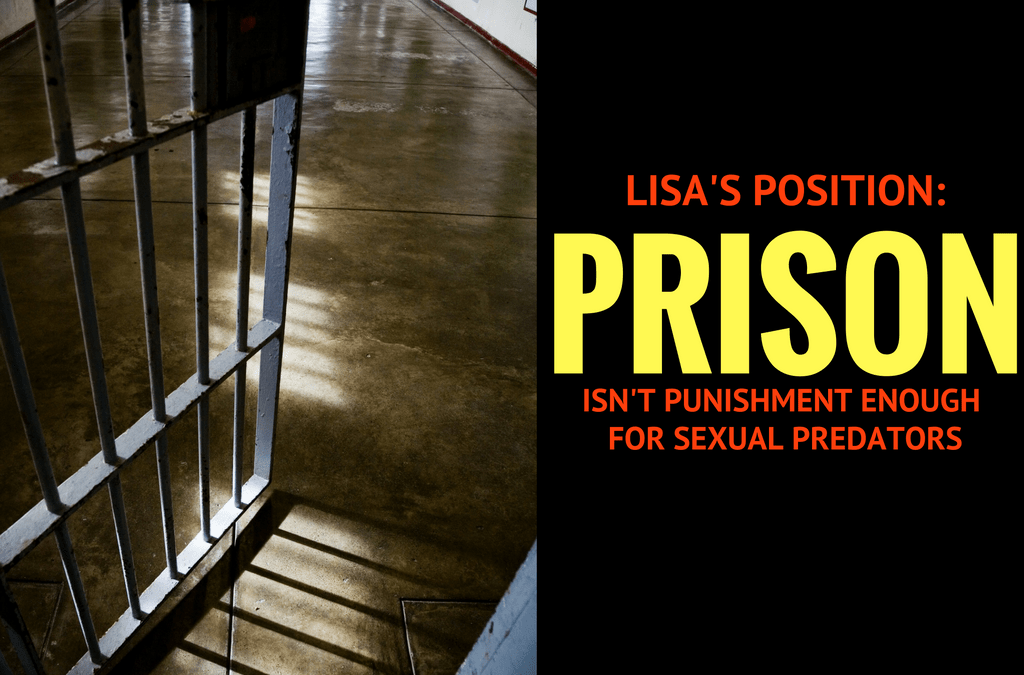 Life Imitating Art
“Are you listening to Gary and Shannon?”my husband breathlessly asked when he called me last week, referring to a radio show on our local talk-radio channel in Los Angeles, KFI. “They’re talking about a woman in Texas with almost the exact story as your book.”“‘Almost the exact story’? No way,” I’d responded, skeptical but completely intrigued.
“Yes. Turn it on. They’re still talking about her. She became a cop just to hunt down her abuser.”
“Well, for one, it’s not the same as the protagonist in my book, because mine is a parole officer, not a cop—”
“Big deal. Whatever. Cop, parole officer.” I could hear his eyes rolling.
“And two,” I continued, undeterred, “my protagonist didn’t hunt down her abuser. She hunted down other abusers to —”
“Just turn it on. I’ll talk to you later.” Click.
Rushing to the radio downstairs, I was able to catch enough of Gary and Shannon’s report to pique my insatiable curiosity, simultaneously determining that while her story was unique and fascinating, it was indeed different from my fictitious account of Lisa Benton. Still, I needed to understand it more thoroughly, so I immediately ran back upstairs to my laptop to read the Dallas Morning News’ account of it online.
Once a Predator, Always a Predator
The woman, who used the pseudonym “Hannah” during her original interview with The Daily Beast, was not this predator’s first victim (surprise, surprise!). The creep, Erlis Chaisson, already had spent time in prison for molesting another juvenile and was a registered sex offender before he got his filthy hands on an 8-year-old Hannah, who also— sickeningly — happened to be his relative. She endured his abuse for four long years, keeping the secret to herself until she decided to become a law enforcement officer and exact justice for herself. It took more than 15 years to avenge her abuse, and she initiated it by confronting him on the phone.
Encouraged by a McLennan County (Texas) Sheriff’s detective, the 25-year-old Hannah, who was now a law enforcement officer in Waco, located the pervert Chaisson, telling him she was in therapy and needed him to admit his abuse  in order for her to achieve “closure.” Hoping he’d confess over the phone, Hannah was taken aback when he insisted on meeting in person. He wanted to give her “his side of the story.”
So, in September 2014, armed with her gun, a hidden recorder in her bra, and one of her fellow officers parked in a truck for backup, she sat down next to him on a park bench in a suburb of Fort Worth, hoping to get a confession as well contrition from him.
If You Had a Penis, You Would Know
Among other pathetic, self-righteous excuses he proffered to her that day, he said “if you had a penis, you would know.” As if having a penis absolves one from behaving like an adult and protecting children. But I digress. During their hour and a half conversation, the pervert repeatedly incriminated himself, confessing to the abuse six times. Still, in typical predatory fashion, he repeatedly blamed Hannah for what he did.
“It takes two,” he said. “I’d be laying on the couch and then you got that look in your eyes. I’d pull the covers up and you’d come run in and jump under there and back up all the way to me.” Unapologetically hypocritical, he ended it with, “I kept you a virgin, didn’t I? Sweetheart, you was young and curious, and I was old enough to know better but too young to care. That’s the only way I can say it.”
Incarceration vs. Cosmic Justice
The female prosecutor said most people knew what Chaisson had done prior to abusing Hannah and what he was capable of doing when he got out of prison in the ’90s, but “nobody protected children from him.”
Sentenced last month to life in prison along with two seven-year sentences, the creep, now 47 years old, won’t be eligible for parole for at least 42 years. Other victims had come forward and testified during the trial, and even more had approached Hannah and the prosecutor during the investigation.
“I could spend the rest of my career trying these cases,” the prosecutor said,  “if I had the jurisdiction.”
Really? There are hundreds, if not thousands of predators like Chaisson, Ms. Prosecutor, still committing crimes, still being released back into society to offend over and over again. Predators still not being brought to justice.
What would Lisa have done? (If you needed to ask).
She would have listened to Chaisson’s full confession, and then she would have eliminated him. What’t the point of giving him free room and board in state prison?
Too bad there can’t be a Lisa Benton in real life. Predators like Chaisson do not deserve to breathe the same air as the rest of us.
Rochelle Kaplan of San Clemente, Calif., is the author of three novels, with Persona Non Grata being her third. Focused and motivated, she writes consistently every day, and has just completed her fourth novel and sequel to Persona Non Grata, titled Day of Reckoning, which will be published this year.