Second Amendment applies to all in U.S., straight or gay 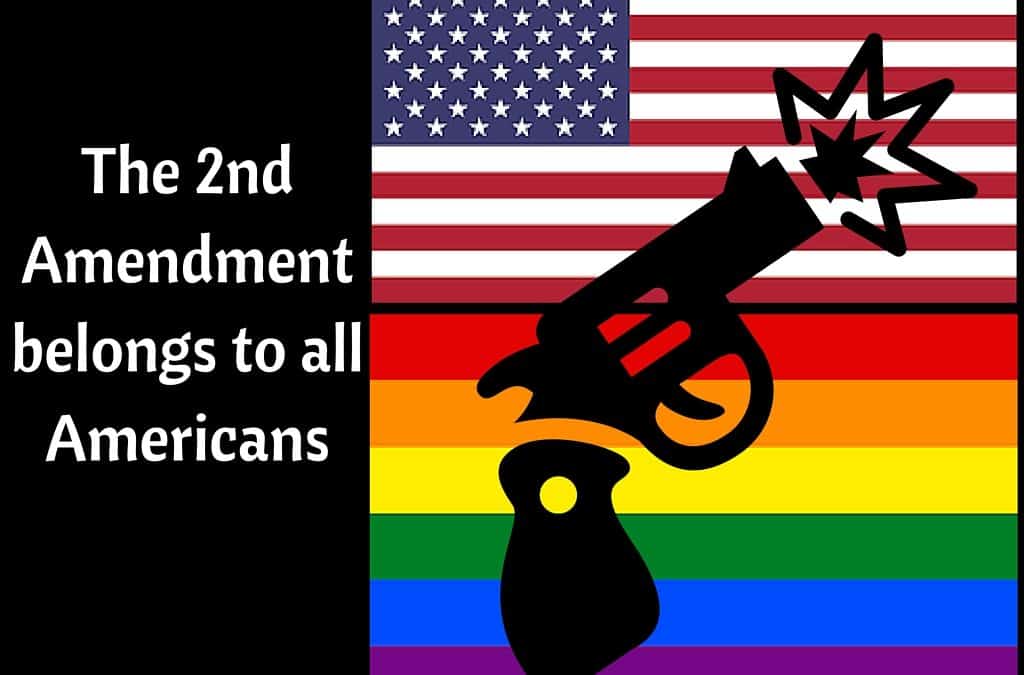 Political Blog
I am struggling with my thoughts as I contemplate writing a politically-tinged post, trying as hard as I can to avoid it. Respecting different points of view and political leanings, I am absolutely steadfast in my beliefs, though I try to keep an open mind. Try. The operative word. Often reticent to publicly comment on politics — especially on social media, expecting unpleasant knee-jerk reactions from the opposition — I’ve learned to hold back at times and bite my tongue, content to keep my thoughts to myself, fearing being attacked en masse. Not this time.
Sunday’s massacre at Pulse, an Orlando gay nightclub, by a “home-grown,” supposedly homophobic Islamist, who slaughtered 49 innocent patrons and injured 53 more, set my mind spinning for hours. Like most of you, I awoke to the horrific news and for a moment, still half asleep, thought it was a new report about the singer, Christina Grimmie, who’d been gunned down two days prior by a crazed fan in the same city.
As my eyes zeroed in on the graphic — 50 Killed, 53 Injured — I slowly came to realize this was yet another evil act; not the Grimmie killing. As I tried to wrap my coffee-deprived brain around this slaughter, I actually thought this type of hate-fueled mass murder was a long time in coming. What took so long for something like this to occur? After all, the LGBT community is a soft target, composed mainly by those who abhor firearms.
The Pink Pistols
Having written about guns for newspapers and magazines for two decades, I developed a trusty network of contacts around the country — experts, like John Lott, who wrote “More Guns, Less Crime,” whom I could call on at any time to get a quote. I also stockpiled the names and contact information of gun enthusiasts such as female hunters,

firearms instructors and competitive shooters — like California native and Olympic gold medalist, Kim Rhode — for future feature stories as well as for quotes.
Paying my dues through instruction, education and research as well as by writing positively about the firearms community at large, I gained entry into an exclusive club, one that may seem sinister to outsiders and anti-gun supporters, but one that is genuinely responsible, kind and with a grand sense of humor.
One day, about 15 years ago, when I was seeking to join a shooting club in the Los Angeles area, I stumbled upon a group with an odd name and an even stranger membership: the Pink Pistols. Founded by a straight male Libertarian from Massachusetts, Doug Krick, for the LGBT community, with chapters in 33 states, the Los Angeles chapter in 2001 was in dire need of a president. So, what does a straight Jewish girl with a couple of guns and some extra time on her hands do? I volunteered to assume the head of the group and ran the chapter for two years, until I moved to Orange County, Calif. in 2003.

Curiosity may have played a role in me seeking out the Pink Pistols, but I stayed that long because I was welcomed with open arms and I loved the genuine, kind and funny gay men (and the occasional lesbian) who frequented the club.
Our chapter was never big, but we met at least once a month at the outdoor Angeles Shooting Ranges in the Angeles National Forest. We shared guns (“Wanna try my .357 Magnum? It’s got a really big kick!”) and good stories with one another (“My dad taught me how to shoot back in Ohio, but I haven’t shot a gun in 20 years!”) and I quickly learned that someone can be gay and not only own a gun, but really love guns.
Novices and experienced shooters came to our meetings at the range and we eventually snagged a former Marin e—who was absolutely gay — who joined us and offered to train our members for free. Then, a lesbian showed up one Saturday morning with a Kimber TLE .45 caliber, and I fell in love. Not with her, but with her gun. I forthrightly went out the next month and bought one for myself. And I have a gay woman to thank for that!

Love of the Second Amendment

While this horrific annihilation of human life on Sunday, June  12 broke my heart, as it did millions of others’ hearts, I also was filled with rage. Why won’t the LGBT community defend itself? What is so wrong with using a firearm for self-defense? Nothing whatsoever. Just ask the guys and gals of the Pink Pistols. They’ll be the first to tell you that there is nothing incongruous with being gay and being pro Second Amendment.
My hope is that more than a few in the LGBT community across the country will want to learn how to shoot. Maybe some will even find solace in the Pink Pistols. Who knows? I know I did.
Rochelle Kaplan of San Clemente, Calif., is the author of three novels, with Persona Non Grata being her third. Focused and motivated, she writes consistently every day, and has just completed her fourth novel and sequel to Persona Non Grata, titled Day of Reckoning, which will be published this year. Follow Rochelle Kaplan’s writing on the Persona Non Grata Facebook page or email her directly at personanongratathebook@gmail.com