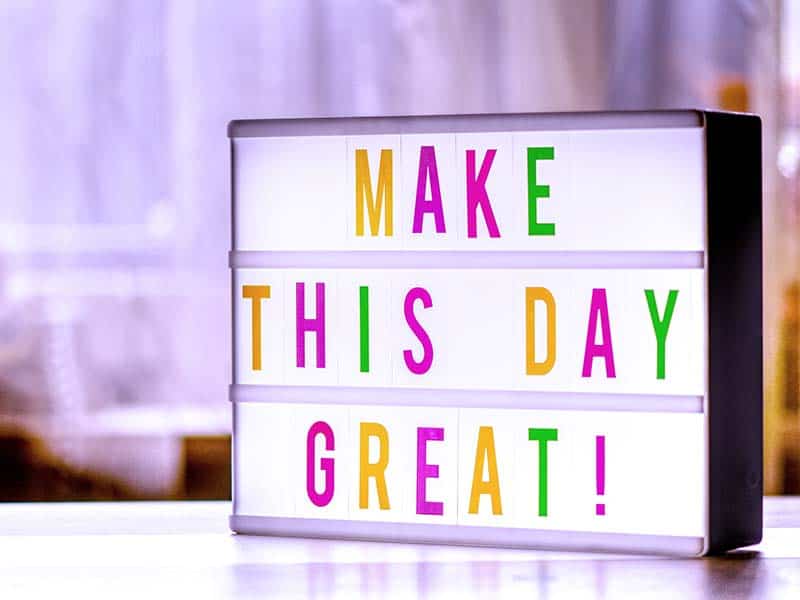 Do you love life? Then do not squander time, for that is the stuff life is made of.

Growing up I often heard my parents and other adults say things like “Youth is wasted on the young,” and “Life goes by so fast.” While those words were not always directed at me, they were uttered as general statements of fact, when adults wanted to proffer their wisdom. But were they really trying to teach us youngsters vital life lessons or were they lamenting all the time they squandered in their youth? Probably a little of both.

They had to know their preaching was going in one ear and out the other. We were eternally youthful! We were never going to be old (like them!). Death was an unknown concept. I’m certain I even rolled my eyes and snickered each time I heard those sentiments. I’m equally certain that neither sentiment hit home until I became a certain age. Or had family members, close friends and acquaintances unexpectedly die, several of them still in their youth.

How do we make sure we’re not wasting time, but rather spending our time wisely? Regardless of our past youthful naiveté, we won’t live forever. And we don’t have eternity to accomplish our goals.

Perhaps we can, but it won’t be exactly as we had originally planned. Our collective perspectives and attitudes have been altered. Postponed overseas trips and local get-togethers with friends and family may change entirely. Instead of vacationing on the Croatian coast, we might opt for a road trip to Yellowstone National Park. Rather than have Grandma fly from London to Los Angeles for Billy’s 5th birthday party, Billy and his family will instead fly to her.

Time is of the Essence

If world events have taught us anything over the past few years, it’s that life is as unpredictable as the weather. Life as we know it can change 180 degrees and/or vanish in seconds. Anyone at any time can pass away or be displaced from their home with no guarantees of returning.

So, how do we move forward and live life as if tomorrow never comes?

A longtime friend called me today and among other things, he mentioned he’s turning 81 in May. Eighty-one! He can barely believe it himself, much less utter the number. Still healthy and running a successful metal business in downtown Los Angeles, he found out CalEPA (California Environment Protection Agency) will force him to close his business because of new state environmental regulations. He’s not very happy about that. He’s also saddened to have found out today that one of his closest friends, another 81-year-old active businessman, fell down last week and died of his injuries.

My friend says he’s too old to relocate his business to another state like Texas or Florida, where many businesses are escaping to, to avoid California’s overbearing and oppressive laws. He really doesn’t have the energy or motivation to move. Because he cannot sell his business, he’ll merely sell all the equipment and close his 40-year-old company. He’ll be okay, he said because he planned well, saved well and has other assets to keep him going for another 10 years.

Still, he admonished me to live life to its fullest. Do what I’ve always wanted to do. Now. Life is short, he said. Do it now.