How my dad influenced my search for wisdom 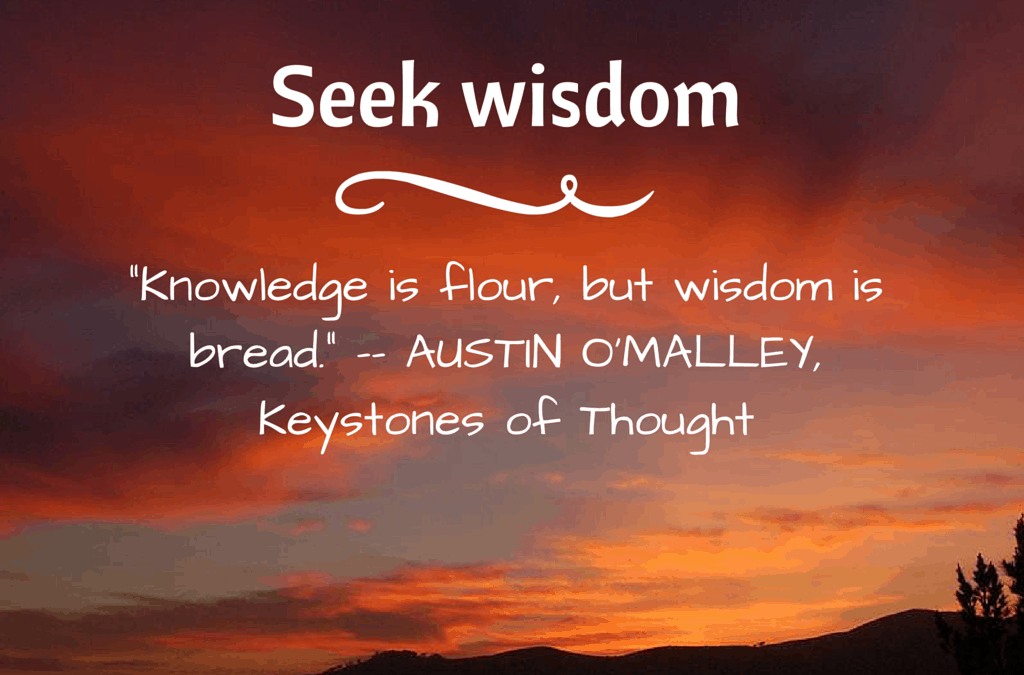 When I was a young adult, I looked forward to getting older because I wanted to be as knowledgeable and wise as my parents’ generation. Seriously. I could listen for hours on end to my parents’ and their friends’ life stories: their experiences with love, social justice, anti-Semitism, travel, investments, and historical events, never tiring of a single one. I couldn’t wait to have even half the knowledge they had, so that I could confidently and succinctly speak on all topics and tackle anything that came my way. 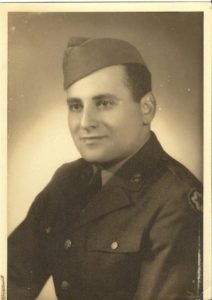 Soon enough, however, I discovered that knowledge alone is not wisdom. Knowledge, a component of wisdom, can be gained by anyone through education, reading or simply listening to and gathering facts. Knowledge is the gateway to wisdom, but it does little to assist in truly understanding the ways of the universe. Going to school for 12 years afforded me the knowledge I needed to apply to life as an adult in order to “make it” in society. But, I didn’t want to merely make it. I wanted more. I wanted something different. I wanted to deeply understand everything and anything.

When, I wondered, would I be mature enough to recognize, understand, digest and then apply knowledge toward achieving wisdom? Would it be by the age of 25? Perhaps when I turned 30?  I challenged George Bernard Shaw’s famous quote, “Youth is wasted on the young,” by convincing myself — and trying to convince my parents — that I was unique. I was on track to becoming a sagacious young person, because I — as opposed to my peers — was open to learning from the previous generation. They weren’t. In fact, many of my Baby Boomer high school friends were driven by immediate gratification, wanting to “feel” good all the time, with little to no consequences. They ascribed to that infamous 60s’ refrain, “If it feels good, do it!”

As the daughter of a high school history teacher, I was the fortunate recipient of many tales from the past—events that changed Western Civilization for the better or worse, always reminded of the significance geography played in shaping the culture and language of a country. My dad didn’t merely spew historical facts for the hell of it, he had an agenda: he loved to compare the old world with modern-day mishugas, using viable examples. One of his favorite anecdotes was the reason for the downfall of the great Roman Empire, which indisputably collapsed of its own accord through debauchery and outright perversion. “Gambling,” he often said, “will be the downfall of our society, just as it was for the Romans.”

His second favorite (though I think he may have moved it into the No. 1 spot eventually) was his contention that many of societal ills were caused by the breakdown of the nuclear family. With no father-figure to head a family, children will get into all kinds of trouble, even criminal activity. He’d get teary-eyed when he said this, recalling his short time in foster care as a boy. So he knew of what he spoke.

Later in his life, applying his deep knowledge of world history and its significance in shaping societies, he told me in no uncertain terms that what our country needed was a benevolent dictator, someone along the lines of Mustafa Kemal Ataturk — who transformed the Ottoman Empire into modern Turkey — or Josip Broz Tito — who unified the fragmented cultures of Yugoslavia during WWII. Sadly, perhaps allowing cynicism and old age to color his views, he was convinced that most people lacked the ability to guide their own lives, requiring a populist God-like figure to keep them on the straight and narrow. This was especially disappointing to me as I had taken a diametrically opposed path, leading me toward a libertarian philosophy, which advocates only minimal state intervention in the lives of its citizens.

So, why am I musing about history and political philosophies and their effects on society in a blog that is supposed to be about my book? Because I wrote Persona Non Grata precisely to tackle societal ills.  Plus, I think my father was absolutely right about history affecting modern-day occurrences. While I disagreed with his ultimate assumption about needing a benevolent dictator, I always respected his opinions and conclusions and recognized the deep wisdom he possessed. He was indeed influenced by his upbringing and family life during the Great Depression and Prohibition, forever hating his mother for abandoning him for three critical years of his young life. Though able to build a good life for himself and his family, he was decisively unable to shake the horrors of his childhood. Still, he afforded me the groundwork for achieving wisdom, which came to me slowly and surely. He also laid the foundation for me becoming a writer.

Wisdom, glorious wisdom. Possessing wisdom has shown me he was correct in a lot of his beliefs. He was absolutely right in saying the breakdown of the family unit was crucial in affecting and altering a child’s life, determining whether he or she chose the right path or not; whether he or she ultimately made the right decisions. I also believe he was correct in blaming gambling for many of society’s problems, most certainly a big one: people feeling entitled to getting something for nothing.

My journey for wisdom will never be complete and for that, I am eternally grateful to the generation that came before me. They matured quickly and were wise beyond their years, having experienced the Great Depression and World War II. They never felt entitled to things for which they did not work. They afforded me great life stories and lessons in humanity; while I didn’t “get it” right away, I got it when it was important. We certainly could use another generation like my parents’.