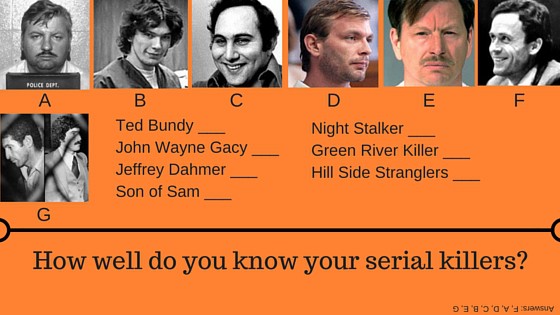 Serial killers have always intrigued me. They are typically loners or outcasts from society, and invariably derive sexual satisfaction from perpetrating their abhorrent deeds on others. While I never feared I’d be the victim of one, I yearned to know more about what made them tick and why some were absolutely charming underneath their veil of evil.
That is until one nearly abducted an acquaintance of mine from the gym.
I’ll call her “Abby” to protect her anonymity, which she’d requested from me 10 years ago when I first interviewed her. I needed a juicy angle for a monthly column I used to write for Shooting Sports Retailer magazine and deemed her story pertinent to the theme of self-protection for women. I was confident her story would prompt other women to learn how to protect themselves from predators, with guns, if they so chose.
While Abby had been forthcoming with details of her near-abduction, she was adamant that her real name not be used in print as the predator was still out there and could possibly harm her again. Of course I agreed and understood her fear.
An avid jogger who without exception ran alone, Abby preferred the cool darkness before dawn. She stayed true to her routine that fateful morning, meandering through the tony Riviera neighborhood in the southern reaches of San Clemente, Calif. Sensing she was being followed, then seeing a paneled van at every turn, Abby cut through the yard of a resident’s home, certain she’d lose the driver in the process. To her horror, he was waiting for her on the very street from which she’d emerged, out of his van, ready to pounce.
During their struggle, he’d grabbed her running shorts and would not let go, scratching her legs in the process, leaving his DNA on her thighs. Fortunately, and like every other time she jogged, she had pepper spray ready in her hand. Even though she doused him liberally and repeatedly, he held on, seemingly immune to the capsaicin, pulling her closer to the van with each passing second. Finally, her shrieks awakened two households — one man quite irritated he’d been awakened by screaming — and the residents’ eventual appearance on the sidewalk forced him to flee.
Abby credits the pepper spray with saving her life, adding that no matter what, she was not going to comply with him and let him have his way.
“I kept thinking, ‘Just kill me now,’ ” Abby told me, “‘because I am not getting into that van’.”
Since that day, Abby no longer runs in the dark and I no longer think it can’t happen to me. I gained valuable insight into the mind of a predator from my acquaintance. A predator will go to any length to achieve his goal, even targeting victims in upscale neighborhoods that are supposed to be safe from crime.
The sexual predator in Persona Non Grata, Colin McCabe, targets young girls en route to school in Northern San Diego County. He is a composite of a few serial killers I’d read about that were not only handsome, but charming and soft spoken. Interestingly, what all these predators had in common — besides the sexual arousal and ultimate release achieved when snuffing the life out of their victims — was professing to having no control over their evil thoughts and deeds. After being apprehended by law enforcement, they all admitted they’d have continued to murder until and unless they were caught.
Serial killers continue to fascinate me and will likely remain excellent fodder for future novels. Oh, and by the way, there is another one in the sequel, Day of Reckoning.
Stay tuned. Stay vigilant.